The other day my cousins Rashmi,Ashwin and myself went to the farm to see the baby pigs.They're cute but they stink so much!I guess thats why they're called pigs..and they eat anything!!
Here's a video of some of them

This video is of Rashmi holding one of the piglets.They squeal like you're going to slaughter them.Well eventually they would be slaughtered but not now anyway,they're small and won't go for a good price...lol...


Then i saw this baby pig pooping..it looked like a small blob of yellow color cream..and after it finished,the mother came and ate it!!It was so disgusting!!
I don't know if i can eat pork again!!
Posted by Clover at 8:22 PM 15 comments:

Father of the nation

I have an older sister.Most of you know her.Just to make things clear,this is not about her.And i'm also sure most of you know the "father of our nation"-Mahatma Gandhi.

*If you are a big mahatma fan,please hit the back button.But this is all in good humor so dont take it personally.*

Ever since i was small,my sister told me he was not THAT good like how people made it seem.That the people who actually fought and shed blood have not been recognised.And that this man just sits and says ahimsa and he's some big hero.That he always had two women beside him and he thought by wearing torn old clothes people would feel sorry for him.That he had good cambridge education but now was sending the poor brits away.And because of the British rule we have trains and roads and buildings.And if the british were still here,Prince William would be visiting every vacation and somehow he would fall in love with my sister and they would have indish or engdian kids...and blah blah..
So anyway,when i was in Madras,i came across this billboard that said,


"You must be the change you want to see in the world."
Mahatma Gandhi
Indian political and spiritual leader (1869 - 1948)

I loved this quote!And after seeing this,i started liking Gandhi a little more.I never disliked him.I mean he did do lots of nice things i'm sure.
Don't ask me why i even did this post but i wanted all of you to know this quote.I haven't started applying it but i'm sure i will someday when i'm OLDer...

some eye candy for you all

I've decided to be nice and give all of you a little treat.
Gitu's list of good looking men(i was going to say top totty-too much influence from teeny bopper magazines i've been going through from the late 90's).
1.Zac efron
claim to fame:high school musical 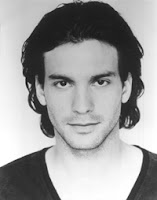 7.Jonathan knight
claim to fame:new kids on the block

8.Eloy de Jong
claim to fame:caught in the act,stephen gately 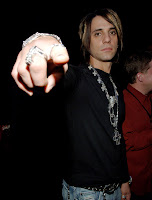 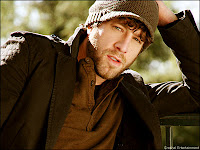 can i have two titles?

I was looking at this old sock of mine.Here's how it looks,it is white with red horizontal stripes.The toe and heel part are black.And in the feet part it has a big white heart and in black it says,"sweet".I guess you can imagine how ugly it would look.It was so ugly that i actually found it sort of cute.I don't know if that makes sense.
There's this old man who lives in my street.He has a phobia for cars.So everytime he's standing in the street corner and we drive by,he starts moving around,jumping about and stuff.I used to find that quite ridiculous.But now since i'm older and wiser,i put myself in his shoes(i don't think he wears anything on his feet but you know what i mean) and i think he's actually very brave cause imagine i was standing in the street corner and this huge turkey (or any other evil bird for that matter)the size of a car comes zooming towards me...just the thought of it makes me want to die.And i probably would have some minor heart attack everytime the turkey car came near me.So never think someone else's phobia is any less than yours.
Posted by Clover at 6:34 AM 8 comments:

I'm home now.And i don't do much here.Yesterday i was looking through some old CD's i have and i found my spice girls one.I put it on and it felt like it was from some different era.It felt nice yet weird.And then i ofcoarse listened to some boyzone songs after years maybe.No matter what anju thinks,i haven't listened to them or stephen gately in ages.Well anyway,i felt like i was listening to the music of my days.All this is stuff from a decade ago.I never thought i would say stuff like that but it's true.I'm old now.When i was 11 i couldn't wait to be 21 well now that i am,its not all that great!
Then for dinner my aunt called me to kanyakumari cause some of her friends were visiting from sri lanka and they have a daughter who's 16.And this girl was asking whether i liked ludacris,nickleback and i'm like huh?And she's like,"you know,hip hop music" and i truly did feel old when i said i liked michael jackson,boyzone,and other 80's and 90's stuff!And in an attempt to sound cool i said,"oh i like destiny's child and i listen to eminem at times" and i then learnt they both hadn't released any music in a while...
This morning i check my bulletin board and i got this message from stephen gately(its on myspace..so its not actually him) and well,seems like he's going to act in this play called Godspell as Jesus...I wasn't too happy when i heard that...For reasons some of you may know..
Well anyways i got this dream last night that zip yelled at me horribly for not attending the youth meetings on saturday...she's haunting my dreams also...lol..
I'm home alone now...and i can't even have a wild party if i wanted to cause
1)There's no one here that i want to invite.
2)My house is sandwiched between my two uncle's houses.
3)I'm not 18 anymore.
4)If the house got dirty,my mom really would kill me.
5)I'm not a fun person.

Today is my school "canteen day"...How i used to love canteen day!All the food,the competition,the fun...i wanted to go today even though its been 4 years since i finished school but i then realized i would be asked too many questions that i didn't want to answer by too many people.I went to my little cousin Rohan's house and they were making cutlets and cakes and i still remember Anju and me doing that when we were in school...oh well...