the rain,the sand and the sea 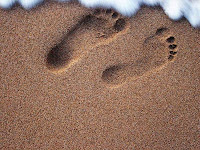 The rains poured out from the dark sky.It poured,how it poured.The phone rings,it is from my oldest and closest friend asking if we could go to the beach.How long,i wondered since we've been to the beach together.Memories from the past came flooding to my head.Memories when we were children,going to the beach,holding hands,our dads yelling,"dont go too far,come closer", jumping when the waves reached our legs,catching crabs(the sea creature)with our hands,making sand castles and then destroying them,writing our names in the sand and hoping someone from the far heavens could see it....ah,good memories indeed.So we went to the beach in the rain.Beautiful,how marvellous it looked,the rough waters of the indian ocean and the grey clouds crying out.I did not think we would go into the waters but we did(and though i did not have spare clothes).It was just like the old days(but with far too less number of people).We held hands and squealed every time a big wave came.The sea was angry,its currents strong but we were brave.But we were not stupid to go too far.In a sudden adventurous moment,i asked my friend if we could go further in and she said she didnt want to die this way and also she did not have her passport with her(in case we reached sri lanka).And i thought about my life being taken away by the waters(my dad did not know i went to the beach,he would not allow me cos the sea was rough and it was raining) and i said out loud ,"oh no, i cant die now,my dad will kill me".My friend laughed like she was going to die.But its true,if i got drowned in the beach,my dad would see my body and probably beat me saying,"i told you you can't go,this is what you get for being disobidient"(i may exaggerate a bit).
And then we built a sandcastle...well it was in reality more of a sand fortress and my tower was the most beautiful with a viewing place and four windows(my friends would say theirs was the best looking but no,it was mine).The sky then decided to pour out harder than ever and we had to leave.
We then went to my uncles beach house and got dressed(i found some clothes there for me to wear) and then got stuck in the biggest traffic jam this town has probably seen and then we saw this accident and a woman was on the road,possibly hurt but not too hurt.And people got down from their cars and bikes and went towards her to WATCH!They were not helping one bit.If they didnt want to help they could just leave but they all stood around her and stared and this one family came all dressed up for it like they were going for some wedding and once the injured lady left,they left too.But they just came there and stood around.It was was so annoying.
This was how my day went yesterday.I tried writing like some fancy author would but i guess i'm just not cut out for that!
Posted by Clover at 8:49 PM 2 comments: 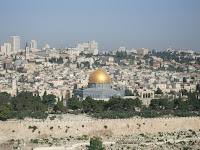 Erev tov!that is good evening to all those who don't understand hebrew...heheh...yeah yeah i know im showing off!Anyways,i'm back from Israel and i'm so in love with it.Most people who know me probably know how much i've been wanting to go and finally God paved the way for me and though it was not like how i thought it would be,it was still amazing.I had a great time and i recommend going to Israel to anyone!We saw so many places i had to keep a diary and write in whatever we did that day or else i'm sure i wouldn't remember!And i have to mention this...the people there are really good looking!
So,back to my title,"is love soft?".My sister got this new toilet paper and its called something(i forgot) and it says "Soft like love" and since most of you know that I haven't really been in love(sans Steve gately) i would honestly like to know,"is love soft?"
Posted by Clover at 3:45 AM 13 comments: